With Bamboo deployments you can track your code from a Jira issue, through testing in a build, all the way to deployment. Deployments allow you to:

To get started, create a deployment project and link it to your build plan now!

How do deployments work? 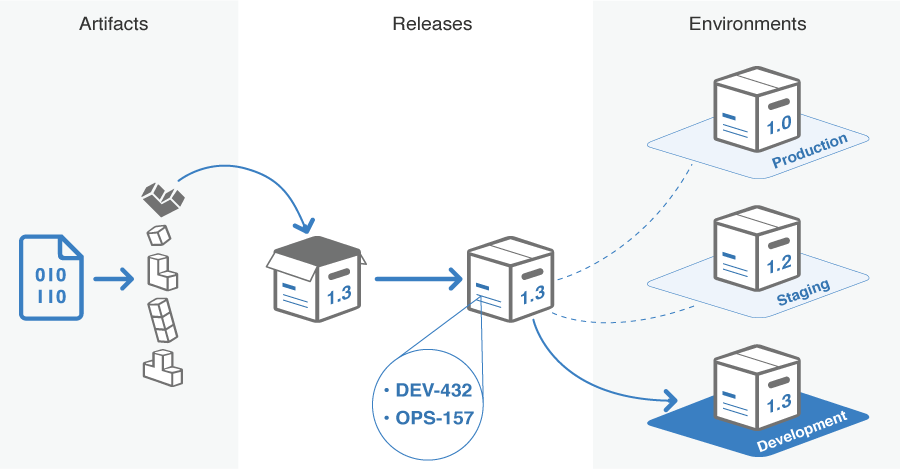 Create deployable artifacts with build plans, just like always. Any artifacts you wish to deploy with Bamboo need to be "shared".

Any artifacts that have been tested to your satisfaction using a plan can be used to create a release. Bamboo preserves metadata related to your release, such as the Jira issues and commits included. This allows for tracking changes across environments, easy traceability when troubleshooting, and creating powerful reports.

Define environments in Bamboo to reflect the development, testing and production environments in your IT infrastructure. At any point in time, you'll be able to see which version of a release is running in each environment, when and who deployed it and what release it replaced.